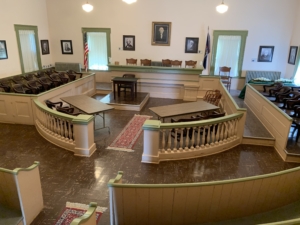 In Papa Bear is a refurbished second floor courtroom, you will find gracing the walls the photographs and stories of the Judges that served Seneca County seated on the bench.

One of the early judges was George Franklin who served for fourteen years in the early 19th century. Judge Franklin was born in Hector, NY in 1819 just a few miles from Ovid.  His colleagues the Honorable Gilbert Wilcoxen, Frederick L Manning and Charles A Hawley were quoted as saying “In his death the bar has sustained no common loss.  Three times elected Judge and Surrogate of Seneca County he discharged important duties of the office with rare fidelity and ability. As a lawyer he won the admiration and regard of his brethren and clients as well.  We recall the charm of his manner, the warmth of his heart and his unusual accomplishments in social life.” 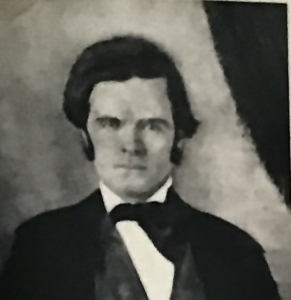 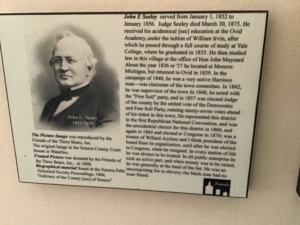 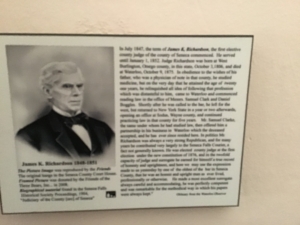 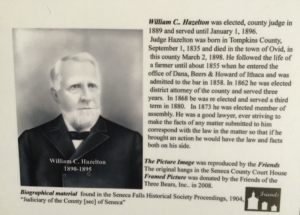